A little while back I was asked to be involved in Rock University’s High School Battle of the Bands competition. The winner received an appearance on the show, along with studio recording time at Gaslight and a slot at Rock University Festival. 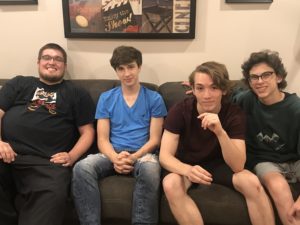 Bleach won that Battle of the Bands and I was thrilled to meet with them. They blew me away at the show with their sound. I stopped by their home to meet with Kaleb, Lance & Jackson. We had a great time talking about their debut EP, upcoming release party, touring, hoping to open for Foo Fighters and even jammed some live acoustic on the show.

Pick up a copy of their debut THINK TOO MUCH EP. Now available on ITunes & Spotify!

On this episode you’ll hear:

6/15 Friday at Mozingo Music in O’Fallon, MO for their RELEASE PARTY!

7/21 at Rock University Festival at The Babylon with Boomtown United, Guerrilla Theory, Outrun The Fall, Out Amongst The Masses, The Public, Grass & Stone and Yeah Whatever

Thanks to my wonderful friends at Naked Vine for their support of the show. Swing by and visit them for a glass of wine or whiskey and stick around for the show. Full listing of wines, whiskey & beers along with their music calendar at NakedVine.net. Follow them on Facebook, Twitter & Instagram! 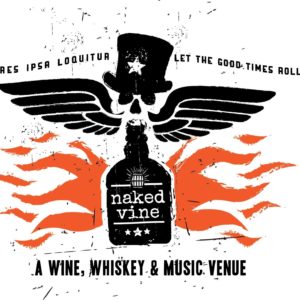